Hans Schwarz (1922-2003), painter, sculptor, illustrator and author, was born in Vienna and died in Greenwich, London.

Schwarz is primarily remembered for his portraiture and his work is in many public and private collections including the National Portrait Gallery. He is also known for his paintings of people and places in Greenwich (where he lived from 1970), Somerset (where he had a house from 1965) and coastal villages in France and Spain. Earlier in his career he was a productive and successful graphic artist and sculptor.

After his death there were two very successful sales at Bonhams in 2004 and 2005. Now, eleven years later, there is a major revival of interest in this important artist's work. A highly successful exhibition of work from his studio collection was held in October 2014, another in Greenwich in 2015 and a further major exhibition is planned for Somerset in 2017.

The wonderful exhibition at the Museum of Somerset will be followed by an exhibition of works for sale by Hans Schwarz representing three decades of his middle years (1950—1980).

Work from these decades shows Schwarz’s development from his early days whilst working as a commercial artist with an urge to paint and sculpt, through a period of exploration and experimentation, to recognition as a mature and successful artist and portraitist. It includes the time that he first came to Somerset, when he turned his back on commercial art and focussed on painting, sculpting and writing. Earlier exhibitions have represented his later work and his portraits. This exhibition includes  works that have been shown only rarely before and give an intriguing insight into his development.

The Museum of Somerset in Taunton are mounting an important exhibition of Hans Schwarz's work. Paintings and sculpture from his early life in Vienna to his death in Greenwich will be represented. The National Portrait Gallery, Girton College and many other collections have loaned pictures. Two short films have been commissioned which will reflect Schwarz's life and work, including interviews with sitters and others who knew him.

More information is available from: 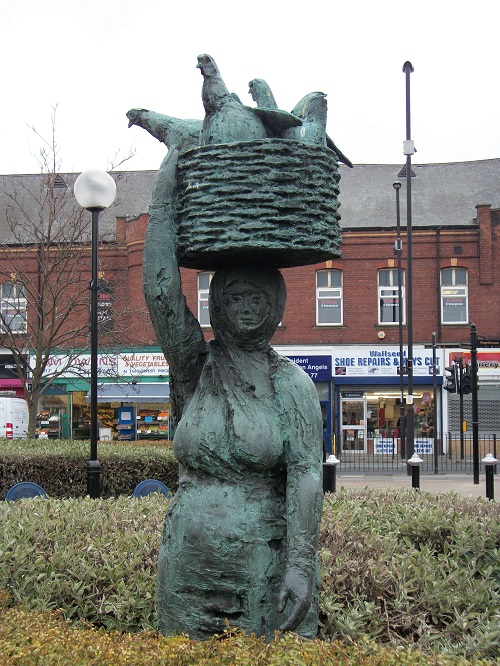 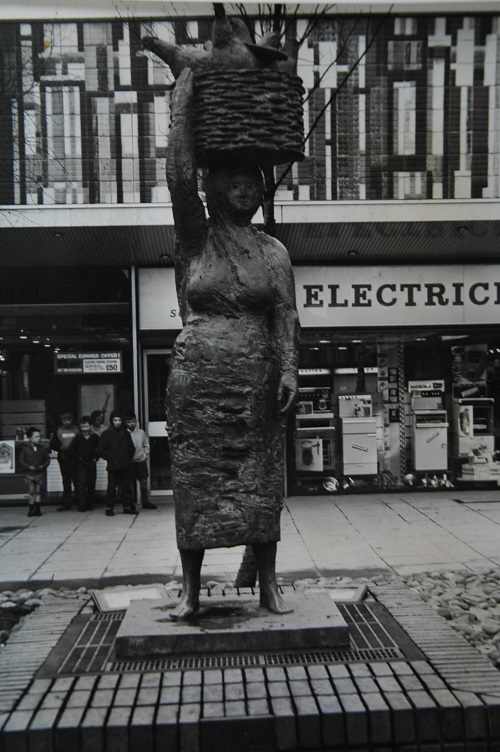 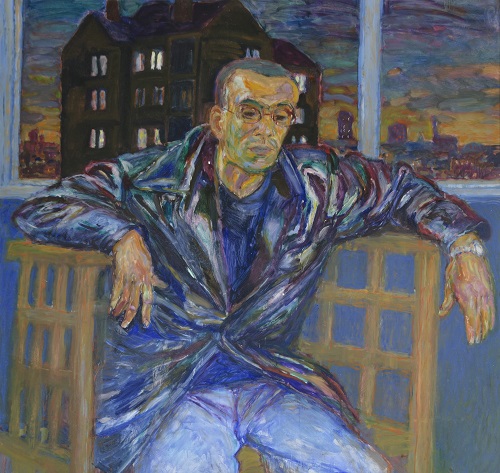 This large portrait (oil on board 120cm x 120cm) was exhibited at the October 2015 exhibition at the M1 Gallery in Greenwich. It is a very fine picture and unusual for Schwarz in that it uses deep blues and purples. On the reverse is the name "Jerome". The backdrop is clearly Greenwich and it was hoped that exhibiting it in Greenwich would bring forward information about the sitter.

The M1 Gallery mounted a social media campaign to gain more information and BBC "London Live" TV ran a feature on the subject, but to no avail. However, now Jerome has been found. He stumbled on the TV clip and contacted the gallery. BBC "London Live" has now run another feature interviewing him and Peter McAllister of M1 Gallery. This may be viewed on the gallery website www.M1fineart.com or at https://youtu.be/_W9gogDG7Ok

Jerome Senn became a close friend of Schwarz in the mid-1970s and remained so until Schwarz's death in 2003. Schwarz painted him in his studio, and added the background afterwards. The choice of palette may reflect the fact that, at the time, Jerome was going through a difficult relationship breakdown.

Schwarz had a cottage in the Somerset village of Stogursey where he and his wife Lena made many friends, many of whom he painted. In October the village held an arts festival and the opening event was a celebration of Schwarz and his work. Paul Upton gave a talk outlining Schwarz's life and work illustrated with images of his paintings, notably of Stogursey residents. Many of the subjects were present and were able to recount anecdotes about Schwarz. In the audience were Lady Gass DCVO and Alan Mowlem, whose portraits are in the Museum of Somerset, Lisa Dunwood (primary school teacher) whose portrait is at Girton College Cambridge, and Rt Rev George Cassidy who at the time of painting was Archdeacon at St Pauls Cathedral.