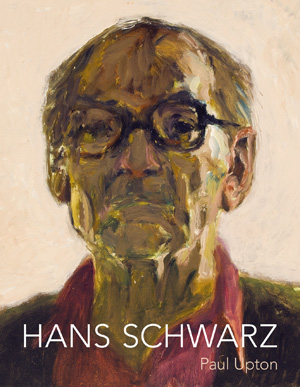 First biography of prolific artist best known primarily for his portraits, several of which are in the National Portrait gallery.  Fascinating life story of a Viennese émigré who lived a long and productive life in Birmingham, London and Somerset. Many illustrations never reproduced before. Published to coincide with an exhibition representing his life’s work at the Lynda Cotton Gallery in Watchet, Somerset in October 2014.

Hans Schwarz (1922-2003), painter, sculptor, illustrator and author was born in Vienna and died in Greenwich, London. He was reticent about his early years and the influences on his life and art. He rarely spoke about his life experiences: as a child of Jewish heritage in pre-war Vienna; being sent to safety in England on the Kindertransport; as an interned ‘enemy alien’ on the Isle of Man; the support and encouragement given to study art by the Cadbury family; his experience in the post-war artistic milieu; his political and social views; and most importantly his vision as an artist.

This biography attempts to pull all these strands together using archive material, anecdotal information from family and friends and analysis of his art considering the many works that are in public collections and the wealth of material which forms part of his studio collection. Hans Schwarz was an artist who could not spend a day in which he didn’t paint, so there is a wealth of material from which to draw. The writer has endeavoured to select from the whole of Schwarz’s oeuvre. He has also catalogued the studio collection which formed the basis of an exhibition of Schwarz’s work in October 2014. 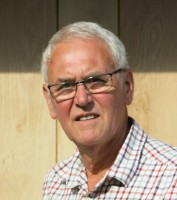 Paul Upton trained to be an architect in the 1960s but then pursued a career in education which included three headships and a principal lectureship at the University of the West of England. He returned to architectural conservation work in 1997. He has spent most of his life in Somerset and lives on the Quantock Hills, not far from Schwarz’s Stogursey house. His interest in Schwarz was awakened when he provided a home in the harbour town of Watchet for the large collection of his work brought from his studio in Greenwich. 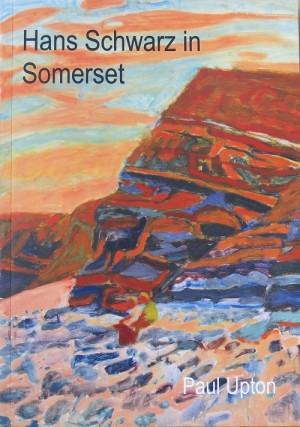 A celebration of the artist’s Somerset paintings. Published to coincide with an exhibition representing his life’s work at the Lynda Cotton Gallery in Watchet, Somerset in October 2014.
Hans Schwarz (1922-2003), painter, sculptor, illustrator and author was born in Vienna and died in Greenwich, London. In 1964, he bought a cottage in Stogursey, near Bridgwater, Somerset between the Quantock hills and the Bristol Channel. For nearly forty years he painted the landscape and the people of the area. In this small book, Paul Upton takes an informal look at a selection of the work. He has visited the places in the pictures, and has talked to people he knew and whose portraits he painted. He has tried to express Hans Schwarz’s love of this part of Somerset and its people. It will be of interest to those who admire his work and to those who, like him, love Somerset.

The book is in full colour and includes 70 of Hans Schwarz’s pictures, most of which have not been reproduced before, and 27 photographs.